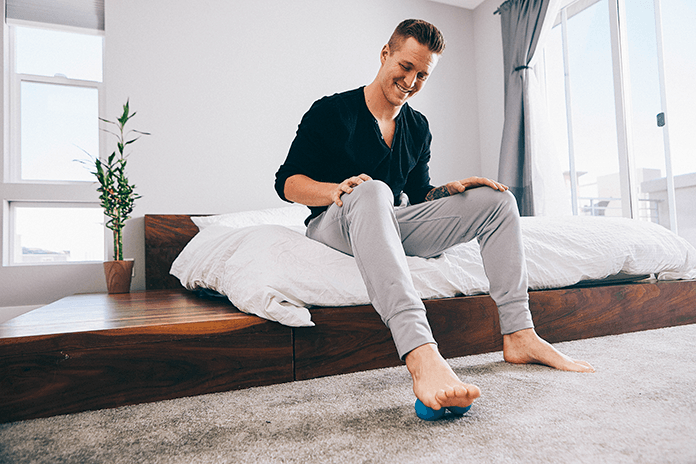 Trigger points are shortened portions of the muscle that are not releasing, which are irritable, have limited blood and oxygen flow, are tender to touch and generally painful. These nodules can be as small as a grain of salt or as large as a golf ball.

Myofascial pain syndrome  may include a number of symptoms including referred pain, muscle weakness, loss of coordination and autonomic functions such as balance, digestion, vision disturbances and bladder control.

The knots in the middle of the sarcomere (the smallest contractile unit of the muscle)  are called central  trigger points. They create the main “taut band” between each end of the muscle fiber where it attaches to the bone, much like a knot in a rope. Satellite trigger points are activated by primary ones in other parts of the same muscle.

Attachment trigger points develop near where the muscle attaches to the bone and further restrict movement.  These trigger points arise because of long term tension.

We will often instinctively self-massage active trigger points that are giving us the most pain for temporary relief, including those at muscle attachments. Instead, to gain more lasting relief from trigger points, look for the latent ones.

Stretching before releasing the trigger points may continue to create more tension by tightening the original knots. The idea behind fascial stretch therapy and trigger point release is to place each muscle and joint at its optimal functional resting length.

How to Unlock Restricted Movements with Trigger Point Therapy

Use this handy guide to help you understand trigger point referral patterns and to help you relieve myofascial pain symptoms.  There are also many different self-myofascial release tools including our favourite family of RAD products.

Ultimate Side Line Stretch to Relieve Back Pain

Chronic Pain From Your Desk Job Relieved in 5 Easy Ways